A woman who acknowledges her inner crone – grandmother – wisewoman, and is willing to step into that power is a positive centered force in her own life. 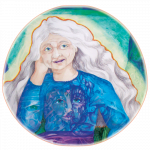 Circles connected to circles: The women who stepped up to serve the circle as Grandmother’s committed much time and effort to holding the energy in the circle, planning and preparing for each month’s circle, as well as walking through the challenges of the month’s teachings. It is with deep gratitude in our hearts that we acknowledge this service. Thank yous and our love go to those that have gone on to other commitments, yet still remain in the center of the circle in our hearts.

Dena McKitrick was a Grandmother of the North in our circle until it was put into hiatus. Her walk on the “Red Road” path began when she was a child: she communed with Nature as well as danced with the bear in traditional ceremony when very young in Northern California. Her training and experience is an eclectic mix including study with Swami Tayumanivar, Urban Shaman training with Serge King, Kahuna healing with Laura Kealoha Yardley, traditional sweat lodge and ceremony for many years, gatherings, Goddess circles, a Masters degree in Art (Sculpture emphasis), and singing the Blessing-way. She blends all of this and her other unique life experiences in her being as well as her intuitive stone reading (Stones of Change) and her healing work. It is her moment-by-moment practice to honor Spirit with gratitude in all that she is, does, and experiences. She does stone readings  in Sacramento, California by special appointment and phone readings. She also conducts ceremony celebrating the equinoxes and solstices at Piccolo Pastures in Elk Grove.

Sonya Snow was a Grandmother of the North in our circle, until January, 2009, when she stepped down to keep other commitments, and work closer with her individual students. Sonya Snow is a leader, teacher and healer. She was raised from a young child to walk the Spiritual Path. Her father who was Cherokee and Choctaw, used to tell her stories of his Grandmother that was a Medicine Woman. Then in 1958-1959, her father said that they were “not native” any longer and never spoke of the Indian way again. Sonya longed for the stories of her Grandmother, especially the story of “the little corn-cob doll” which she would ask her father to re-tell repeatedly. Sonya was also raised in a Christian home and was dedicated to the Lord at the young age of one week old. Sonya grew, and eventually grew out of the “Box”, accepting more than what was told to her. She learned that there was so much more for her understanding than what was taught in Sunday school. She began with a devoted relationship with “The Christ” and came to embrace a similar relationship with other Ascended Masters too.

Spirit has blessed her with many gifts. Sonya’s Great Grandmother, “Morning Star,” actually walked the “Trail of Tears.” She is Sonya’s constant guide today and aids Sonya as she helps others. Several years ago, Sonya reconnected with the “Red Road” at a women’s retreat. She spent several years with that community learning again of the ‘Native’ ways. These “ways” came easily for her. She went on to co-lead another circle based upon the “Red Road.” Today, Sonya believes in all forms of Spirit, that all paths lead to Spirit.

Sonya is a Certified Massage Therapist, Certified Hypnotherapist, and Reiki Master. She also specializes in “Candle Magic.” She intuitively “reads” the candle after it has burned, translating the “message” that it has to tell. She does readings and consultations at East West Books White Rose Light Center in Sacramento, CA, where she was also the Events Coordinator.

Sonya stands amazed at what Spirit continues to do in her life.

Nanci Kuzins was a grandmother of the East until is was put on hiatus. She is a student of life and living in balance. Love for the earth takes her to Soil Born Farm Urban Agriculture Project educating youth and adults about food, nutrition, sustainable living, and ecological farming. She helps in a variety of ways planting/ harvesting, assisting with middle school cooking classes, & bookkeeping. Her commitment to a balanced life includes kundalini (breath) yoga , which awakens chakra energy centers in the body;. and NIA dance -health through movement.

Her curiosity led her to “Daydreamers” dreamwork. Dreams come to us in health and wholeness; guiding us through metaphor to our own truth, in a way each individual psyche can understand. Through group study she explores collective wisdom that is valuable to each dreamer. She’s studied Nonviolent Communication – creating your life, your relationships, and your world in harmony with your values; as taught by Marshall Rosenberg.PhD. 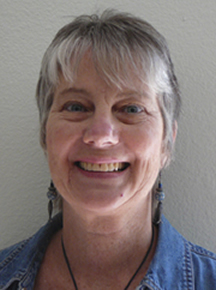 Carol Thomas was a Grandmother of the East in our circle, until December, 2008. She has been guided to the development of a healing modality called Tapestry: Weaving the Colors of Your Soul. Tapestry offers healing for the soul. During a session Tapestry gently releases the threads or energies holding fears, old thoughts, illness, karmic issues… What ever might be holding you back from aligning with your own perfection and your soul’s purpose. She is a practitioner at East West Books in Sacramento, California, and teaches others about Tapestry too.

Linda Wood was a Grandmother of the South in our circle until it was put into hiatus. Linda is a professional clown, and a Menominee descendant. She truly displays the wisdom of humor. 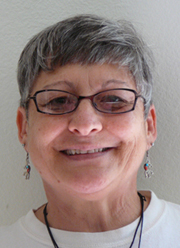 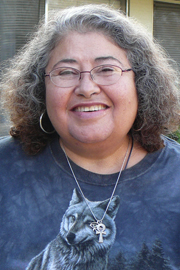 Rev. Martha del Rio was a Grandmother of the South in our circle, until January, 2009. Rev. Martha is an incredible storyteller and an actress, and shares her peaceful and deep wisdom with us. She returns to the circle to hold space in any direction that is needed as she is able to.

Joyce Bahati was a Grandmother of the West in our circle until it was put in hiatus. Joyce is a dance leader of the Dances of Universal Peace, and the founder of a non-profit called On the Job with Spirit. Their Mission statement: “We teach and support people in their experience at work. We show ways to bring an individual’s faith and spiritual nourishment in appropriate ways to the job. We assist team building, stress reduction, conflict resolution, communication skills, and better work habits for people of all religions and spiritual disciplines.” 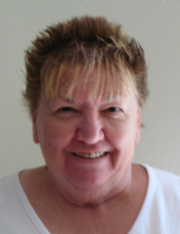 Faye Bell was a Grandmother of the West in our circle until it was put in hiatus. Faye had deep Fairie wisdom, quick wit, and was a philanthropist with an incredible giving heart. Faye “Ma Bell” Bell peacefully passed away, joining her heavenly circle on that journey on 11/9/2017. She was surrounded by her loving family, singing to her.